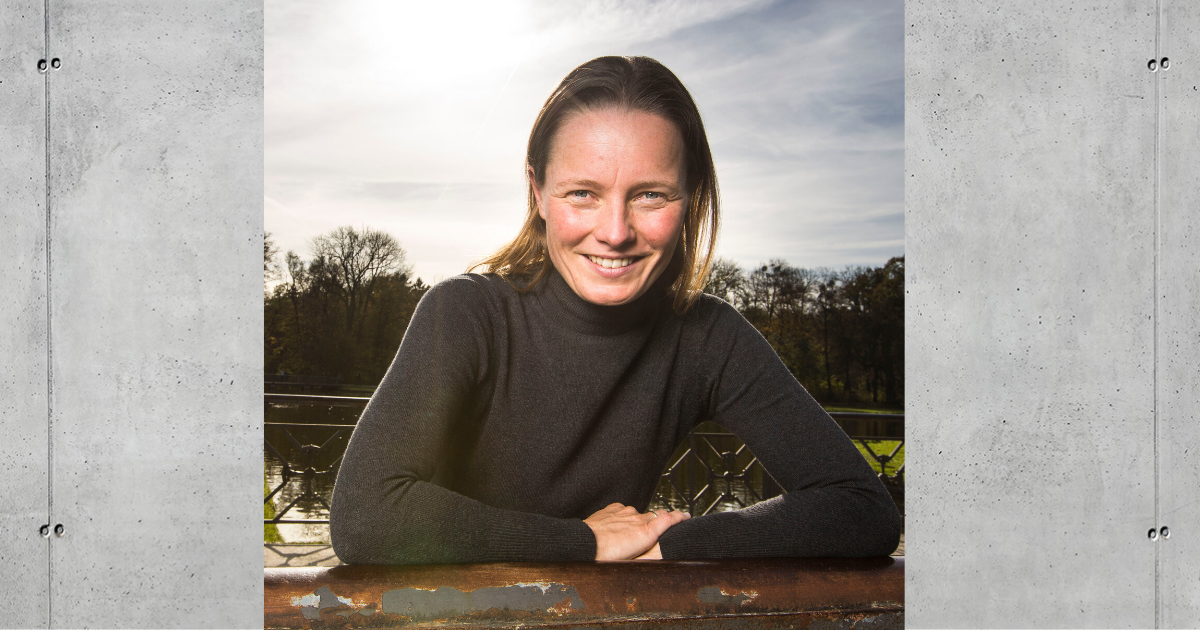 Escaped from the GDR, travelled the world in an air taxi, founded an innovative company. The exciting Life Lessons by Melanie Stütz are also an appeal to finally take the digital transformation seriously

We escaped on the 3rd of October 1989 via the Prague Embassy, shortly after Genscher had given his famous speech on the balcony. How does such an existential experience shape you? Benjamin Franklin, one of the founding fathers of the United States, a natural scientist and inventor, put it quite well: "Anyone who is willing to give up a fundamental freedom in order to gain a short-term little security, deserves neither freedom nor security". My parents thought long-term and with a foresight. In the GDR, only 10% of a class of students could graduate from high school, and political attitude was also a decisive factor for this. My parents did not only want me to acquire the High School Certification, but also to have the freedom to travel the world, including westwards. Their dream was always to work independently in their own company. When they fled to the West, they started from scratch again to pave the way for a life in freedom, also for me. And in the end they won both freedom and security.

Everything is in motion and nothing lasts forever. "Everything flows", as the Greek philosopher Heraclitus named it. Life is a constant change. And the first boundary, that I physically crossed as a little girl by fleeing, fortunately no longer exists today. Boundaries are often psychological, they start in the mind. Some people set limits for themselves or let others to convince them that they aren’t able to do certain things, and it doesn't always have to be regime. I am a very curious person and I am looking for a challenge. For example, when I took my final examination in school, I didn't choose the task we had already gone through in class. I already knew all the answers to that. I wanted to know what would be the outcome of the other task. It was worth it, not only in terms of grades. The new insights I gained from it were much more valuable.

The Sky is the limit

Breaking the boundaries has become something like the leitmotif of my life. For our first joint professional project "Weltflug", my husband Andreas Stütz and I founded cross-frontier GmbH. We decided to fly over five continents in 18 months with a "flying car". The whole idea was inspired by our childhood dreams. As a small boy, Andreas devoured the film adaptation of the classic children's book "Robbi, Tobbi und das Fliewatüüt" and at the age of five, he was already convinced that he would one day go on a journey with such a Fliewatüüt or a “flying car”. My childhood dream was to become a cosmonaut. As for me, I had not yet gone into space, but the flight around the world has brought me a little closer to it. Nobody had ever done a world trip with Fliewatüüt before and many people thought that this was not feasible. But by carefully thinking about our concept beforehand and facing this challenge step by step, we successfully completed the stages in Europe and Africa. This enabled us to gain numerous supporters, such as the manufacturer and world market leader of real Fliewatüüts, as sponsors for the further world flight in Australia, New Zealand, USA and South America. The impossible became possible.

Even if a dream or goal seems crazy or impossible, it does not mean that it is not possible. Therefore, Learning #1: The impossible is often very possible if you think more. This was also the message that Karl-Heinz Johannsmeier, a business partner of Andreas, gave us during an interview on Weltflug.tv. He is able to deal with seemingly hopeless situations. After his first escape attempt from the GDR, he landed in the Stasi prison. Today he lives in San Francisco, now a multiple millionaire. Our childhood dream has become an international media project and a co-production with ARD. The Fliewatüüt is actually called Gyrocopter and is a mini helicopter. In cooperation with the children's aid organization "terre des hommes", we interviewed children worldwide about their dreams. Part of the proceeds from the book and film about "Weltflug.tv – Die Weltreise mit Tragschrauber" went back to educational projects for the kids, so that their dreams can become reality. Education is key for this and our message to the children is that they can learn and achieve anything they want. This brings us to Learning #2: Learning is the way to fulfil your dreams. We had never written a book or made a film ourselves before this media project, let alone flew ourselves. But we learned everything we needed to and the pilot license was just the beginning.

What one can learn from pilots about business

As a pilot, you experience ups and downs – in the truest sense of the phrase. Many asked us if we were not afraid. From our point of view, there are two kinds of fear. One is more abstract and can be paralyzing, for example of wars, terror, natural or environmental disasters. The other type is the fear of concrete danger, such as road traffic, which makes you alert. One should not be intimidated by the first fear and instead use caution to keep risks as low as possible. And this does not only apply at times of economic crises or pandemics. Learning #3: Don't be afraid, but be careful!

Looking back, there are many parallels between pilots and entrepreneurs. As pilots, we quickly learned that it is crucial to set a goal – in other words, you should know where you are flying to – but remember to keep the way there flexible. Because often, not everything goes according to plan. No matter how many times you get weather data, in the end it is sometimes safer to stay on the ground, even if it takes longer. Learning #4: Firmly on target, flexible in the way! During our pilot training, our flight instructor always made sure that we went through the pre-flight check before the start. This is important, because only in this way we could have been sure that everything is in order. Or even determined if a screw should still be readjusted. If you notice this already during the flight, it can cost you your life.

Andreas has already founded several companies and won the McKinsey Startup Award, which was presented to him by Angela Merkel. I myself grew up in an entrepreneurial family. We have both always wondered why some companies are more successful than others. The answer is: the IDEASCANNER. As the name suggests, it allows you to scan business ideas. Originally, we developed it for ourselves as a pre-flight check for new business models. During our validation with venture capitalists (VCs), we found that a high IDEASCANNER score correlated 90% with the success of start-ups from their portfolio. This made us realize, that we had developed a unique tool and we decided to use it to help other companies. For IDEASCANNER, we use artificial intelligence in order to increase the value of companies. It shows not only the assessment of the idea and the score, but also the adjustments that need to be made to the current business model. This enables us to work with our customers to create a structured and detailed action plan for their successful digital transformation more cost-effectively and 10 times faster than usual. At the moment, it suddenly seems possible to do what many previously thought was impossible, such as working from home or conducting conferences digitally. It seems possible not to be stuck in traffic for hours every day on the way to work. It doesn't only seem to be beneficial for us to consider whether you really always have to be on site for a meeting. And, lo and behold, it works. The impossible is suddenly possible.

A two-year study from Stanford showed as early as in 2018, using an example in Shanghai, that productivity in the home office increases significantly. This is mainly due to the reduced distraction of employees. Home office employees also took shorter breaks, were absent from work less frequently, due to illness, and took less time off. In addition, emissions were reduced as a result of declining traffic, while at the same time a company saved over $2,000 per employee per month, because the expensive office space in Shanghai remained unoccupied. In the age of digitalization, together we can cross previously perceived boundaries. We can do something for ourselves, the environment and the next generation of businesses. We have to free ourselves from the old patterns of thinking. We need to question the status quo. For some, it is more necessary than ever to put the current business model to the test, to readjust or to completely reinvent themselves. This is where we help. And my wish is that many people can see the crisis as an opportunity and continue to develop what is currently possible in the future.

After all, we don't really need that much to live and work – the tools are at our disposal. Let's overcome the old patterns with new habits, continue to use the digital tools and start agilely with ‘light baggage’ into a digital future. Learning #5: Letting go liberates. So, let's go digital. It is our final call to be ready for take-off.

Jörg Binnenbrücker on Tech Made in Germany

A Vision for Quantum Computing

Everything You Need to Know about the Circular Economy